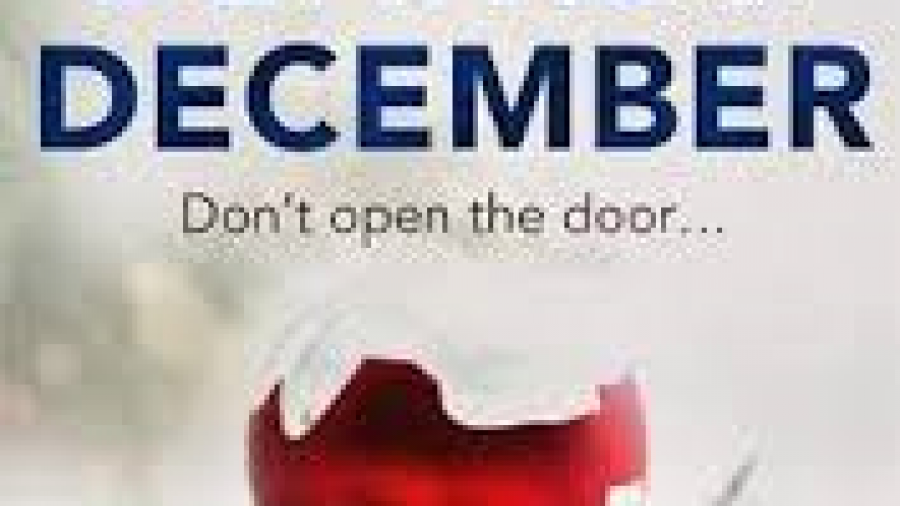 The hunt is on for a serial killer in a thrilling festive crime novel.
It looks like a regular advent calendar.
Until DC Becky Greene starts opening doors… and discovers a crime scene behind almost every one.
The police hope it’s a prank. Because if it isn’t, a murderer has just surfaced – someone who’s been killing for twenty years.
But why now? And why has he sent it to this police station?
As the country relaxes into festive cheer, Greene and DS Eddie Carmine must race against time to catch the killer. Because there are four doors left, and four murders will fill them…
It’s shaping up to be a deadly little Christmas.

Susi (SJI) Holliday has been on my radar for a while. Her Banktoun books are on my TBR and I read her complimentary short story collection Dark Hearts (if you haven’t, do check out Susi’s website here). I also pre-ordered The Lingering as soon as I found out about it but by the time it arrived, I had read so many haunted house stories that I feared that I might enjoy The Lingering less, because, well you know, too much of a good thing… When I saw a tweet from Susi about The Deaths of December and it being on sale, I jumped on that like you wouldn’t believe! A thriller featuring a serial killer at Christmas time? Hell yes!!

Since this is a festive thriller and Christmas is just around the corner, why don’t we sing a carol together! Come on, don’t be shy!

Deck the halls with boughs of holly
Fa la la la la, la la la la
Oh! Uhm, about that… Well this is a tad awkward really… It seems we’re off to a bit of a rocky start… I hate to disappoint you but the halls are actually decked with murder pics… The same photos that our murderer used to craft an advent calendar, illustrating his killing career. You see, for 20 years he’s been killing one person per year during the holiday season, and he’s been taking photos of each murder and now, he’s used them to make an advent calendar that he delivered to the police for the attention of “a detective who knows what to do”. I know it doesn’t sound very festive, but please bear with me, I promise this is way more exciting than boughs of holly!

‘Tis the season to be jolly
Fa la la la la, la la la la
Jolly! Honestly! There’s serial killer on the loose, don’t you know! And this year, he’s planning his grand finale, it’s go big or go home, and he’s aiming for the former, regardless of the consequences for himself or his family, or anyone else. You know, I really don’t know what we’re falalalala-ing for!

Don we now our gay apparel
Fa la la la la, la la la la
Sigh. We already have a Carmine and a Greene. What, you want them to be wearing Christmas sweaters next?! Not happening, they’re not really feeling it this year, they have personal demons to slay, and a serial killer to catch no less, so they’ll don their usual apparel thank you very much!

Troll the ancient Yuletide carol
Fa la la la la, la la la la
Well whattaya know, I do believe there is some singing involved in a car somewhere! More murmuring than trolling though, if I remember correctly, but beggars can’t be choosers, we’ll take what we can get.

Strike the harp and join the chorus
Fa la la la la, la la la la
There certainly is some striking yes! Oh, but not of harps, sorry. And unless you count the police sirens, there’s not much of a chorus either. Well this is sad, let’s hurry up and sing the next line!

Fast away the old year passes
Fa la la la la, la la la la.
Time flies when you’re having fun! Twenty years gone by in the blink of an eye! Sure, our serial killer may have his reasons for doing what he does, but I’m sure one cannot keep up all that nasty work if one hasn’t found an element of fun in it along the way!

Heedless of the wind and weather
Fa la la la la, la la la la.
Well, I remember Greene freezing her butt off at some point and not being very happy about it, so I have my doubts about this heedlessness part, to be honest.

Will you look at that, Greene’s butt brought us to the end of our carol! And wasn’t that nice! We should do this every year! Now our final note has been sung, I’d like to invite you to follow in my merry footsteps and go read this highly entertaining novel before you put away the Christmas decorations for another year! It’s still only 99p at the moment, hurry!

And while you do that, I’ll be reading The Lingering ?